You are here: Home / Archives for Meetings

This section provides information and all the documentation regarding the statutory meetings of the organs of UNISCAPE. 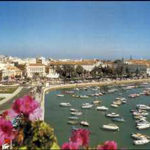 The 5th meeting of UNISCAPE's General Assembly will be hosted by the University of Algarve in Faro on Saturday 5 May 2012, h. 9.30-13, on the occasion of the 5th WSEAS International Conference. In the afternoon of the 4th of May, in parallel with the conferences, the Executive Board of UNISCAPE will meet in round table Room 2.74.1 of Building 9 (Faculty of Economics) from 2 to 5 pm. Please find the Agendas of the meetings at the bottom of the page. UNISCAPE invites all Members to confirm as soon as possible their participation in the 5th General Assembly meeting  sending an e-mail to: … END_OF_DOCUMENT_TOKEN_TO_BE_REPLACED 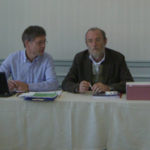 On the occasion of the First Careggi Seminar, the Executive Board of UNISCAPE held a meeting in order to discuss the following agenda 10 November 2011, Florence (Italy)  … END_OF_DOCUMENT_TOKEN_TO_BE_REPLACED

The Executive Board of UNISCAPE will hold a web conference on Thursday 26 May 2011 at 9.30 in order to discuss the following agenda: Organisation of the Careggi Seminars: launch 16 June 20112 Organisation of the next UNISCAPE's General Assembly and follow up of the COST Science Policy Briefing (14-15 October 2011 in Bruxelles) Proposal by Florencio Zoido for a New Publication UNISCAPE master class 2011 Proposal by Bas Pedroli for a workshop on fund-raising by experts on European project management Strategies for implementing the communication amongst members: proposal for a … END_OF_DOCUMENT_TOKEN_TO_BE_REPLACED