The Underground Built Heritage is a unique, hidden cultural landscape whose spaces extend beneath and across national borders, reflecting some of the vectors of recent European history, in particular mining for the development of the industrial sector. It represents, indeed, a “socially built phenomenon” (Reichlin, 2011) or “the hidden side of a society (…), invisible flows and movements at the service of the visible world” (Occhiuto, 2020). What relationships exist between the visible and invisible parts of a [indivisible] whole? How can what the soil hides and preserves be revealed?
The Three Countries Park (3LP) is a landscape partnership and interregional cooperation platform bringing institutions from Belgium, Germany, and The Netherlands together. The lead partner, Euregio Meuse-Rhine, hosts the platform in Eupen (BE). Founded in 1976, the Euregio is one of the oldest cross-border cooperation programs in Europe. The Underground Built Heritage in this area consists mostly of cavities of various typologies, and complex networks of mining galleries from different epochs, forming territorial capital for a common identity and rural/urban regeneration across the borders.
This heritage has not been well documented and explored with regard to its cross-border development potential: protection and development policies and control measures vary broadly across the borders; some sites are strongly developed for tourism, or are protected as accessible nature reserves, while others are rather abandoned.
The paper presents experiences from work conducted over the past twenty years concerning regeneration of this cross-border territory through reconsideration of the underground landscape, starting with the project “Grünmetropole” by the Agence Ter. One main question is considered: does the shared Underground Built Heritage represent an exceptional opportunity to stimulate cross-border collaboration on sustainable territorial development, and serve as a case to resolve the current fragmentation afflicting social-ecological transition in Europe?

After registering, you will receive a confirmation email containing information about joining the meeting. 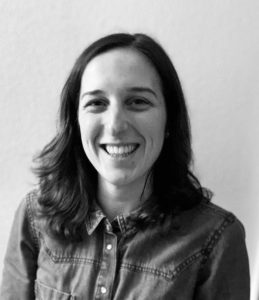 Chiara has a training background in architecture conservation, industrial heritage recovery and landscape restoration, developed between Milan, Liège, and Aachen. She is completing an internship as an assistant to the project manager for the cross-border cooperation of the Three Countries Park across Germany, Belgium, and the Netherlands. Her research is currently focused on post-industrial cultural landscape and underground heritage as opportunity for cross-border defragmentation and sustainable territorial development.

Giovangiuseppe Vannelli is architect and Ph.D. candidate in Architecture at the Department of Architecture of the University of Naples Federico II. He is part of national and international research groups with an interdisciplinary approach. His main research topics are the contemporary evolutions of cemetery and the landscapes of Italian Inner Areas, especially in relation to the frequent seismic phenomenon.