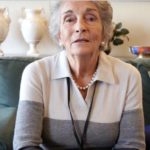 PREVIEW of the video interview with some of the protagonist in UNISCAPE history, in occasion of the 10th anniversary of its constitution. The work is in progress

On 19 January 2008, the representatives of 23 European Universities met at Villa Medicea di Careggi, in Florence, Italy, in order to approve the legal constitution of a non commercial associative entity called “UNISCAPE – European Network of Universities for the Implementation of the European Landscape Convention”.

Aim of UNISCAPE was to foster university co-operation on landscape issues, with reference to the principles and the values enshrined in the European Landscape Convention, especially in the areas of research and education.

During these years, UNISCAPE has become an International NGO enjoying the Participatory Status with the Council of Europe, whose network saw the participation of more than 60 Universities from 15 European Countries and 2 private Foundations promoting landscape studies.

After 10 years of cooperation across many European landscapes, we have been asking to some of the early protagonists of this successful but still young and growing initiative what perspectives should we keep in order to meet the challenges of the future implementation of European Landscape Convention, having a look back at what has been done so far.