You are here: Home / Events / WDM online Lecture: The Architects’ sense for the landscape

WDM online Lecture: The Architects’ sense for the landscape

The landscape in the foreground today on the contemporary scene is in fact a new landscape, which must deal with the rapid territorial change, with the serious problems of resource consumption, climate change, economic crisis, and which however cannot and must not forget the themes of history, of memory and above all of culture (material and non-material) on which even new landscapes can and must be reconfigured.

Overwriting the landscape-palimpsest is inevitable to affirm a serious design culture towards that “perception of the populations” to which the European Landscape Convention refers. The ways of this overwriting are to be found in a rich and profound interdisciplinary dialogue and in the re-foundation that can derive from this for the design disciplines.

The November Talks 2020 at the Iuav University of Venice, held with the support of Sto-Stiftung, aimed to offer contributions to the debate around the relationship that contemporary architecture has often tried to establish with the figurative spatial and topographical aspects of landscape, as well as with its characteristics of dynamically changing perception, also developing, on the other hand, an evident interest in ecological problems.

This attitude has fostered a rich dialogue between architects, landscape architects and “environmental” artists, in an attempt to compare and combine the architectural design tools with the landscape design and environmental art ones. The six architectural firms invited for the talks (Marpillero+Pollak, Abalos+Sentkiewicz, Batlle+Roig, Reiulf Ramstad Arkhitekter, Palerm+Tabares, A2 Architects) were chosen from the wide range of important contemporary architects whose research has developed the theme of new landscapes in original ways, to the point of profoundly connoting their design responses according to this influence. The conference paper summarizes the results of those encounters. 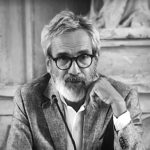 Renato Bocchi (Trento, 1949), full professor of architectural and urban design at the Iuav University of Venice until 2019, where he was director of the Department of architectural design from 2006 to 2009. He is currently teaching Theories of architecture at Iuav. The main field of his research concerns the relationship among architecture, art and landscape. Among his publications: La materia del vuoto, Universalia, Pordenone, 2015; Progettare lo spazio e il movimento, Gangemi, Rome, 2010.

Paolo L. Bürgi is adjunct professor of Landscape Architecture at the University of Pennsylvania since 1997, at POLIMI in Milano since 2015 and at the IUAV, Istituto Universitario di Architettura di Venezia, Italy, since 2003. He was visiting professor at the Università Mediterranea degli Studi in Reggio Calabria, Italy, and at the School of Architecture, Columbus Ohio. His projects mainly deal with open space design and planning in connection with architecture in the public and private sector. He has presented papers at conferences in Canada, USA, Argentina, Chile, China, Corea and throughout Europe, and his articles and design work have been published in a wide range of specialist literature. His work was awarded several times, including in 2003 when he was awarded the ‘European Landscape Award Rosa Barba’ in Barcellona. His practice is based in Camorino, Switzerland.

Register in advance for this lecture

After registering, you will receive a confirmation email containing information about joining the lecture on Zoom. Participation is free.