You are here: Home / UNISCAPE 2020 CONFERENCE

On the occasion of the 20th anniversary of the signing of the European Landscape Convention in Florence (20 October 2000) UNISCAPE has organized an event with the aim of bringing the landscape dimension to the centre of an international debate as a cornerstone of 21st century Europe, combining the participation of representatives and collecting contributions from the scientific community and policy-making institutions.
The event, organized in synergy with the Tuscany Landscape Observatory, The Italian Agency for Development Cooperation and with the support of Tuscany Region and the Municipality of Florence is shaped as a two-day Conference inspired by the theme “Cultivating Continuity of the European Landscape”.

Due to the Covid restrictions, the Celebrating Conference in presence will be organized in Florence on October 20th 2021. The aims is to organize a catalyzing event that will gather together the scientific community of landscape researchers in order to discuss the current state of the European Landscape and to investigate how far the implementation of the ELC has progressed over the last 20 years.
Waiting for the possibility to meet in presence, the 2020 edition will be held in a virtual form, from the Sala d’Armi in Palazzo Vecchio, Florence, except for the closing afternoon session which will be held live in the Salone dei Cinquecento. 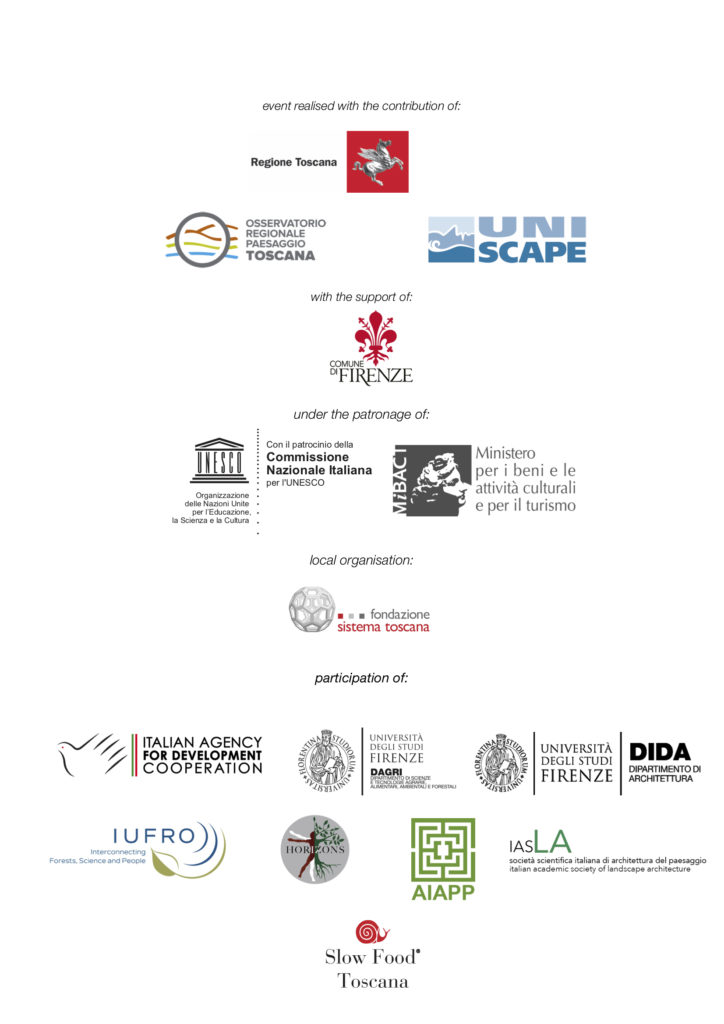